The Reassembly of Dillon 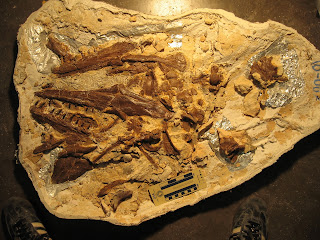 The squished incomplete and partially disarticulated Platecarpus sp. skull is coming back together! It's taking a lot of time and some hefty restoration, however it does indeed now look like something! 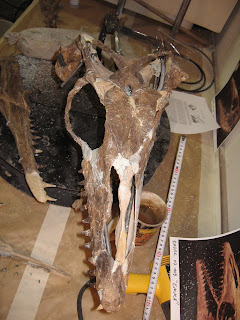 The top of the skull has a welded steel support frame holding everything together. Lower jaws will be removable for shipping but also are attached to a steel superstructure. All missing parts are based off of our Platecarpus planifrons cast, including the donor braincase (which is an odd thing to go missing on a skull and neck this complete). Next up is mounting the 5 cervical vertebrae recovered with the specimen and final detail/paint work. Hopefully it will all be finished shortly after Labor day! 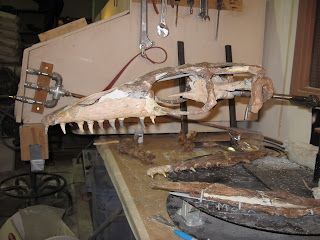 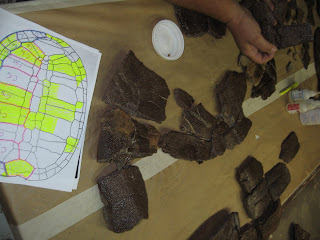 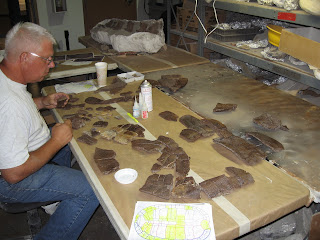 This specimen is also remarkable because it preserves several non-shell skeletal elements, which is rare for this type. These include both pelvis assemblies, scapula, dorsal vertebra #1 and toes. An isolated Basilemys humerus found on a nearby ranch will also be used in the reconstruction. Stop on by the museum to see how the project is coming over the next few months!
Posted by Maltese at 8:24 AM No comments: