The Victorian age was the first boom of American paleontology, which coincided with the opening of the west with rail travel. Many of us learned in school of Paleontologists E. D. Cope and O. C. Marsh, and their bitter "Bone Wars" that were fought both in the press and across the badlands, but the extent of the feud has never been covered in such detail. The battles ended up with hundreds of prehisoric animals named, most which would later not hold up. Paleontologists today are still weeding through these names. I myself was recently involved in renaming Cope's "Protosphyraena" gladius, formerly Portheus gladius and now, finally (I hope) Bonnerichthys gladius, Even the animal I studied at KU, Camarasaurus, had been named Morosaurus, Cathetosaurus, Caulodon and Uintasaurus over the years (though to be fair, one or two of those names may not be because of Marsh and Cope's feud).
The feature is full of great photographs, some where I can recognize sites where we dig today. The personal stories of the two scientists are tragic, and spoiler alert: they both die poor and miserable. It's amazing that even after this cautionary tale, the egos in modern paleontology are so rarely kept in check.

See the trailer here, and be sure to check your local listings for tonight's air time.

http://www.pbs.org/wgbh/americanexperience/features/trailer/dinosaur/
Posted by Maltese at 9:31 AM No comments: 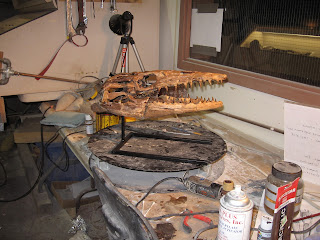 It's down to detailing and painting the restoration on the Explodosaurus. It's starting to look better than I ever thought it would. Hopefully this time next week it'll be safely in a crate and out of sight. If you look closely, the mosa-tisserie has been used for it's fifth skull restoration project. Hopefully more to come.
Posted by Maltese at 2:42 PM No comments: 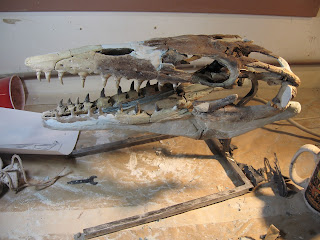 Not much progress this week on that cute little Tylosaurus kansasensis, been busy getting the Baryonyx, Steller's sea cow and Minke whale skeletons in their crates and out the door. Next week will be shoehorning the palate in place and hopefully a ton of detailing and painting. 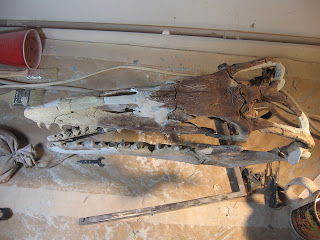 Posted by Maltese at 3:12 PM No comments:

First Baryonyx on display in the western hemisphere? 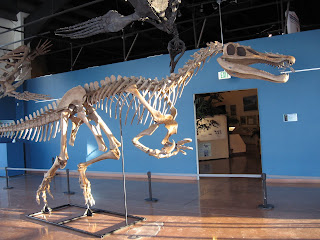 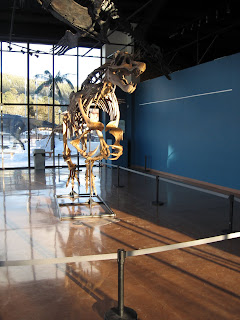 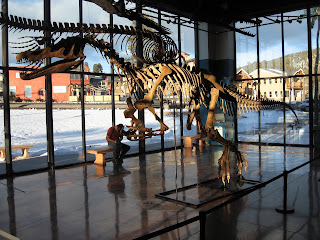 Just wanted to pass along some photos. It's being crated tomorrow for our travelling "Darwin and Dinosaurs" display, which is headed to Florida. Sorry you missed it, but it'll be back someday!
Posted by Maltese at 3:14 PM 2 comments: