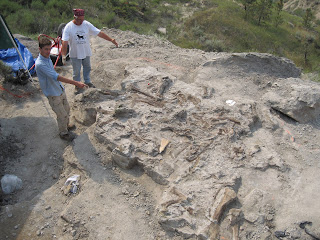 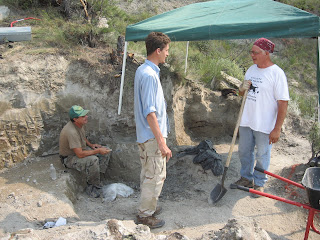 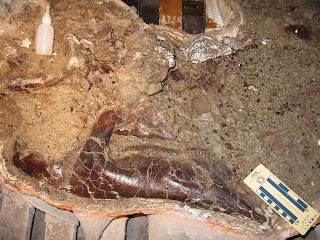 Currently the main jacket is being re-hydrated so that the matrix can be safely removed and the bones extracted from the middle of the prep lab. Photo above is the right lower jaw and part of the upper jaw. Any duckbill guys know if it's distinctive to genus level?
Posted by Maltese at 3:42 PM